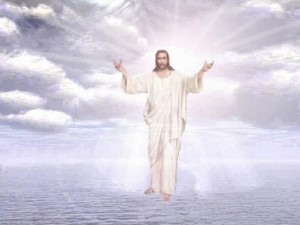 Have you ever found yourself in a place of gratitude where you feel like thanking God for His forgiveness?  Have you started listing sins for which your grateful that He has forgiven you for?  I know that I have in the past and it wasn’t until today’s devotion that I realized that He had no idea about what I was talking about.

Am I saying that God has a memory problem?  Heavens no!  What I am saying that our awesome God chooses to not remember.

I will remember their sins no more.  Hebrews 8:12 RSV

Think about that the God of the universe chooses to not remember our sins!  What a wonderful gift!  Once we’ve asked forgiveness it is done over with, finished!  Never to be mentioned or seen or heard of again!

He didn’t have to do that but that is His grace in action.  He loves us enough to offer us the grace of forgetting.  Not forgetfulness, because that isn’t a gift that’s a defect.  No His grace is the act of forgetting.  A choice He makes each time we ask forgiveness for a sin.  Now that’s a loving God and Father.

Our own fathers may have been great dads but this grace of the act of forgetting our sins is something that didn’t happen.  It’s not their fault it didn’t happen, it’s not human nature to choose to forget.

In fact it’s something that we normally don’t even choose to do for ourselves even after we’ve asked forgiveness of our sins.  If God can forgive and forget shouldn’t we?

Let’s take this a step at a time.  Do you find yourself asking forgiveness for the same sin over again and again?  I’m not talking about doing the same sin.  I mean the exact same sin as if you weren’t forgiven the first time you were asked.  If you are, stop your unbelief and trust God at his word.

I write to you, dear children, because your sins have been forgiven on account of his name.  1 John 2:12 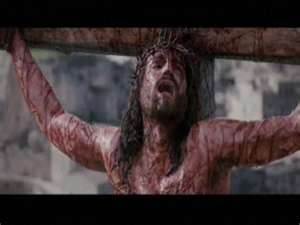 His name is Jesus. Once you’ve accepted what Christ did on the cross for you, asked forgiveness for your sins, you are His child.  As His child you can see in the above verse that your sins are forgiven.  It doesn’t say that you need to ask again and again. Once is sufficient.  Only when we’ve sinned again do we then need to repent or ask forgiveness again.  Then do our best to live a godly or righteous life.

As the Bible says don’t give the enemy a foothold.  I know in context it is talking about anger but isn’t that a part of beating ourself up over sin?  Aren’t we angry with yourself?  We need to cut ourselves  a little slack.  We are human, we are not God.  That means that we are going to sin from time to time.  The important thing is that the moment we become aware of the sin, we ask forgiveness of it, and do our best not to repeat it.

We have an awesome God who loves us enough not only to forgive us but to forget as well.  That is something to praise Him for!

Joy – A Woman After God’s Own Heart!

Anger and resentment are dangerous emotions. Don’t get me wrong anger when handled properly is not only important but healthy. Jesus was angry at the money changers at the temple and overturned their tables and drove them out. Matthew 21:13 “It is written,” he said to them, “‘My house will be called a house of prayer,’ but you are making it ‘a den of robbers.'” He was obviously very angry with them and we know that Jesus never sinned. Since Jesus displayed anger and did not sin, we know that there is righteous anger.

When we don’t deal with our anger swiftly as the Bible prescribes resentment takes root. That’s a deadly combination. Which the devil is just waiting to use to his advantage. You see if he can talk you into not forgiving the one who wronged you he knows that anger and resentment will cause your heart to grow hard and your relationship with God to suffer. That my friends is a bitter pill to digest.

Now don’t get me wrong I would never suggest to the wife being battered to forgive and forget and stay in that situation. God is the only one that forgives and forgets. We are only asked to forgive for our benefit. No to the battered wife or husband I say GET OUT! God does not what is children harmed.

You remember for wisdom sake. You learn from past experiences and hopefully don’t make the same mistake again.

When I was going through my divorce, 22 years ago it took me a long time to get through the hurt and anger of the situation. To be honest there was a lot of resentment and my heart did grow hard for a season. I was broken and I couldn’t understand why the marriage I thought was blessed by God was falling apart. I didn’t understand how my husband could stop loving God and me. I’ll be honest with you I was so broken that I attempted more than once to go home to my heavenly Father. Praise God, He didn’t let me succeed!

Let me encourage you that if you are going through a particularly difficult time and the anger is high and resentment is crouching at your door or has already entered your heart, pray that God would guide you. Pray for a change in your heart. Our God is the job of doing miracles. All you have to do is ask and He will gladly answer your prayer. But don’t be surprised if some work on your part must be done first. I had to honestly look at all sides of the picture before my heart was ready to forgive. Now instead of anger or resentment or bitterness about my ex I have compassion for him. Does that mean I want reconciliation with him? No! He doesn’t love God and has many more issues I would never agree to live with. But do I occasionally pray for his soul? Yes. He is lost and needs prayer.

For those things that may seem major but are not as major as the ending of a relationship. Such as a dispute with your spouse, I beg you as soon as you are able to talk with a cool head DO IT! Listen to the Word of God and don’t give the devil a foothold. If you need to take a walk before you talk, take a walk but do everything you can to handle it as quickly as possible. You are doing yourself and your loved one a service.

Once you start taking bitter pills, they get easier and easier to swallow so do yourself a favor and don’t get used to them at all. Right here, right now make the decision that bitter pills are not for you. Instead decided that you will wear the cloak of forgiveness and humility. Bitter pills make you hard and cold. The cloak of forgiveness and humility keeps you warm and loving. That’s what being a Christian is all about isn’t it?

Joy – A Woman After God’s Own Heart